Find out about Ferranti Park in Deptford. 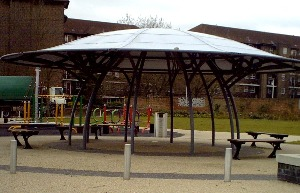 The park is named after Sebastian Ferranti, who planned the design and build of the London Electric Supply Corporation’s power station in Deptford. It was the world’s first large-scale electricity operation.

The park sits close to the Sue Godfrey Nature Reserve.

How to get into Ferranti Park

Find out about the Sue Godfrey Nature Park.

View all parks and open spaces across the borough.