Find out about Hilly Fields park near Ladywell.

The summit of Hilly Fields stands 175 feet above sea level and offers excellent views over Lewisham and the City of London.

How to enter the Hilly Fields park

The toilets in Hilly Fields are currently closed due to COVID-19.

Octavia Hill was one of the three founders of the National Trust. She had a passionate interest in the housing conditions of the London working classes and took responsibility for 133 homes in Deptford. Octavia also campaigned strongly against the loss of open spaces for poor Londoners.

One day, in a poorly furnished room in one of the Deptford homes, she noticed a vase of freshly picked wild flowers. She was told they had been picked on Hilly Fields, prompting her to visit the area.

Hilly Fields, at that time, was mostly farmland, with an area of game shooting to the south. This had already been leased to developers for building, and Deptford Common, just to the north, had also disappeared.

When plans were announced to build over Hilly Fields, Octavia Hill was instrumental in helping local people set up a campaign and raise funds to save the land as a public park.

As a direct result of the campaign, Hilly Fields was purchased by the London County Council with substantial donations from a number of sympathetic charities and City companies.

Part of the site had been used for brickmaking and this area was levelled and the swampy sections were drained.

In Hilly Fields you will find a stone circle of twelve large granite stones and two tall shadow-casting stones. These were put up to mark the new millennium in 2000.

Tall hawthorns form a woodland canopy, with an understorey of blackthorn and an occasional elder.

The ground flora consists of bramble, nettles and cleavers, with a few clumps of stinking iris. This plant, typical of damp ancient woods, has probably colonised here from nearby gardens. Although its pale yellowy-brown flowers are less spectacular than those of other irises, it is a popular garden plant for its bright orange seeds, which show through the split seed pod throughout the winter.

Since 1995, an area at the foot of the hill, alongside Adelaide Avenue, has been managed as a meadow, with a single annual cut in autumn.

This area contains a particularly high diversity of grasses; at least twelve species can be found here, including:

Common wild flowers have flourished, including:

More surprisingly, several clumps of prickly sedge, a very rare plant in Lewisham, have also appeared. It may well be that other parts of the park would be found to be equally rich if the vegetation was allowed to grow.

The reserve supports surprisingly large populations of butterflies for its size, including:

Good numbers of common birds nest in the scrub, including:

Hilly Fields consists of short-mown grass with a few, mostly exotic, trees, and is of little nature conservation interest.

However, on the southern edge of the park, at the end of Eastern Road, a teardrop-shaped patch of mature hawthorn scrub provides an oasis for wildlife. This nature reserve is managed by our nature conservation section. 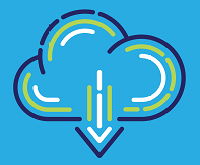 View all parks and open spaced across the borough