Following major construction works to improve the north end of Deptford High Street, we are introducing changes to traffic movement and parking.

We recently completed most of the planned construction work to Deptford High Street and the road is now fully open for you to use. Only minor work, such as installing signs or cycle stands, is left to be done.

The north section of the high street is now a two-way road again. Drivers can still park in Frankham Street Boulevard, which is free after 1pm on Saturdays and all day on Saturdays during the run up to Christmas (2, 9, 16 and 23 December).

During the consultation process, Deptford residents told us they were concerned about the number of vehicles using the high street as a short cut, especially at peak times.

In response to this, and to help reduce traffic numbers and speed, we have introduced two main changes that come into effect from Monday 4 December 2017:

You can download the fact sheet below which gives more information about the changes..

New lighting will be installed underneath the railway bridge in the high street in early 2018. The design was created by local artist Peter Freeman. 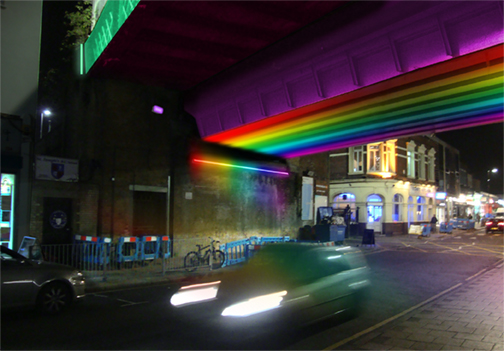