We have restored an historic Victorian carriage ramp and created a new public square as part of The Deptford Project (a.k.a. Deptford Rise). 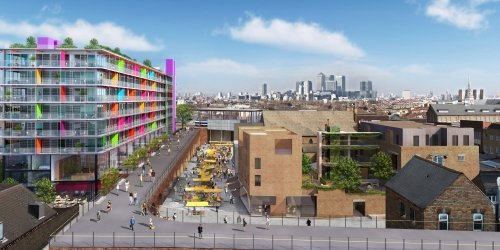 The scheme occupies much of the area in between Deptford station, Octavius Street and the back of the Albany Theatre and includes:

Construction of the scheme is now underway, with developer Cathedral having completed all piling activity.