New Cross Councillor Joe Dromey, Cabinet Member for Culture, Jobs and Skills (job share) has announced he is stepping down from the Council. 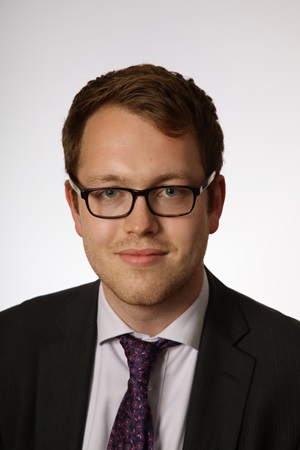 Cllr Dromey is leaving the Council to take on a new full time role as Director of Central London Forward (CLF), a partnership of 12 local authorities focused on driving inclusive growth in the capital. This role is politically restricted, so he will be standing down from his Cabinet post, and resigning as a ward councillor in the spring.

Cllr Dromey, who is one of three councillors representing New Cross ward, was first elected to Lewisham Council in 2014 and was appointed by Mayor of Lewisham, Damien Egan, to the cabinet in May 2018.

Cllr Dromey has led the Council’s work on employment, skills and economic development. He chaired the Lewisham Poverty Commission, before working with the Centre for Local Economic Strategies (CLES) to develop the borough’s approach to community wealth building.

He has been a champion for the borough’s small businesses and has successfully led the Council’s work to increase Living Wage employers from 7 to 83.

Cllr Dromey has led the Council’s business support response to the pandemic, ensuring over £46 million in grants have been distributed to local businesses. This work will continue as part of the council’s efforts to support the local economy.

A by-election in New Cross will take place at the same time as the London Mayoral election, in May 2021.

“Over the last seven years Joe has made a fantastic contribution to the Council and I will be very sad to see him step down.

“Since joining my cabinet in 2018 he’s been a champion for Lewisham’s small businesses, increased apprenticeship opportunities and led the Council’s work on doubling the number of Living Wage employers.

“His new role leading Central London Forward will see Joe speaking up for Lewisham and other London boroughs on behalf of our residents. I would like to thank Joe for all his hard work and wish him the best of luck in his new role.”

“It has been a real privilege to represent our community for the last seven years. After a decade of austerity, these are tough time for local government. But from supporting small businesses through the crisis, to fighting for the Living Wage and high quality apprenticeships, I’ve hugely enjoyed my role.

“I’m really excited about this new challenge. The pandemic has hit the capital hard, and it has hit our most vulnerable residents hardest. Working alongside the boroughs, Central London Forward has a vital role to play in supporting the recovery, and building a more inclusive economy after the crisis.

“As someone passionate about both inclusive growth and London, this is the perfect role for me. As a new dad, it’s the right time to move on. I will really miss working with our dedicated councillors, our fantastic officers, and our incredible community."