This week Lewisham has been celebrating the recipients of this year’s Mayor’s Awards, which recognise those who made exceptional contributions to the borough’s response to the COVID-19 pandemic. 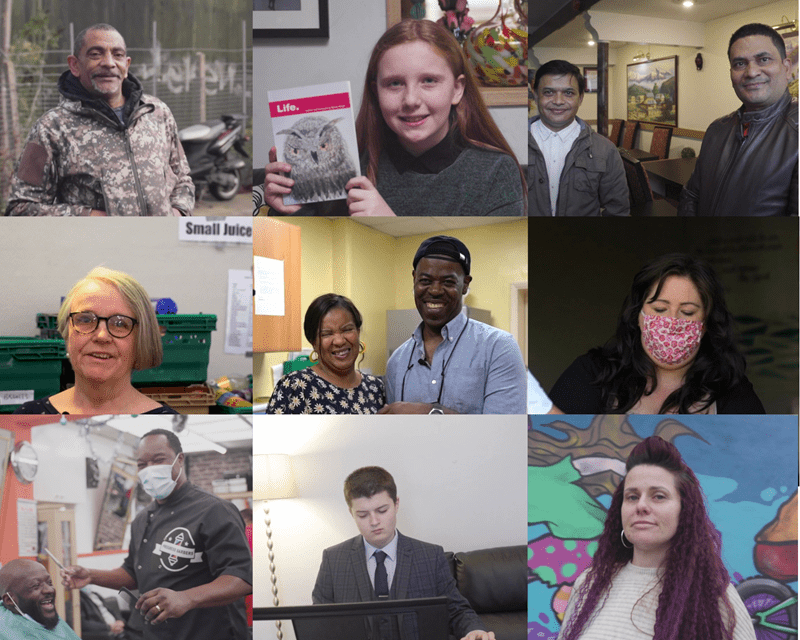 Launched in 2017, the Lewisham Mayor’s Awards recognise those who live, work or study in Lewisham and volunteer time to support others.

This year almost 200 nominations were made for individuals, young people, community groups, voluntary organisations and local businesses. This year all nominees will receive an award in recognition for their efforts. In an effort to showcase the best of the borough, the Council has filmed interviews with some of the outstanding nominees. View the interviews here.

The videos feature a variety of different projects including food banks, a community store, local restaurants and befriending schemes.

Young people in Lewisham also played a part, and showed some remarkable creativity in doing so. Morgan, a member of the Lewisham Young Advisors who was worried about elderly people in Lewisham feeling isolated, decided to try and cheer people up with his weekly online piano performances. Maisie also got creative, writing and selling her own book to raise over £700 for the NHS. Amy, an A-level student in Lewisham, started free online Math booster classes to support students she thought might have fallen behind after the first lockdown. These classes were a great help to many, and proved to be very popular.

“Congratulations to everyone who was nominated for the Mayor’s Awards. 2020 was an incredibly challenging year for our community but the way in which people rallied together to help each other was truly inspiring. Hundreds of individual, groups and businesses played an important part in the Lewisham’s community response to COVID and are a credit to the borough.

“2021 is set to be another challenging year and I have no doubt that this year’s awards recipients will continue to do amazing things.”

Watch the interviews with some our outstanding nominees on I Am Lewisham.