Why Goldsmiths, University of London pays the London Living Wage

Goldsmiths, University of London employs over 1,800 people and has been an accredited London Living Wage employer since 2016. Ian Pleace, Director of Finance told us why they signed up to the scheme. 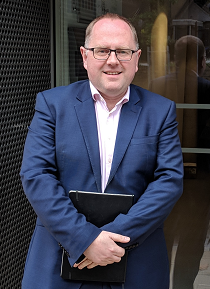 Fundamentally it was about fairness for our lowest paid members of staff, whether they are employed directly with us or on outsourced contracts. We want to make sure there is fairness for all members of the Goldsmiths community and help them to tackle the costs of living in London. The scheme is aligned with our values and our participation was driven by a desire to show leadership alongside the Council as one of the larger employers in the borough.

National research shows that if staff are more motivated, there is lower absenteeism, lower staff turnover and a higher level of satisfaction. It is important that those at the lower paid grades, who might be struggling with the cost of living in London, are as motivated as higher paid colleagues.

Well, it adds to the cost base, as 60% of our overall expenditure is staff costs. We have found it tough to make sure that everyone buying in services from outside respects the fact that we are a London Living Wage employer. So encouraging everyone to participate in this is key, making sure colleagues are not put off by the fact that they might have to pay more for some services. People should be asking themselves if they are buying from a London Living Wage employer. It is not just a compliance issue for our payroll team.

Why I’d recommend the scheme to others

I would recommend this scheme to others. It is the right thing to do and higher education institutions are often judged to a higher standard than other employers. The job of a university is to deliver public benefit, and this places a higher moral and ethical responsibility on us. Also, we are heavily invested in the local community. We benefit from a strong Lewisham economy, so it is vital to keep that going and keep it growing by acting as a responsible London Living Wage employer.