Lewisham’s parks and green spaces have been described as “outstanding” in the latest annual Good Parks for London report, launched today. Lewisham has been ranked top performing of all the 32 London boroughs.

The fifth Good Parks for London report is dedicated this year to parks and climate change. The report looks at how London boroughs are performing against ten robust Good Parks criteria, including sustainability, supporting nature, community involvement, strategic planning and more.

Lewisham Council, in partnership with Glendale, manages 47 parks and 15 nature reserves across the borough – each with its own unique character and environment.

The last 18 months have seen public green spaces play a vital role for residents as a place to relax, exercise and meet friends and family safely. Last year, the Council adopted a new Parks and Open Spaces Strategy, which aims to make the borough’s green spaces even better by improving community involvement, boosting biodiversity and getting residents – including young people – more involved in decision-making. 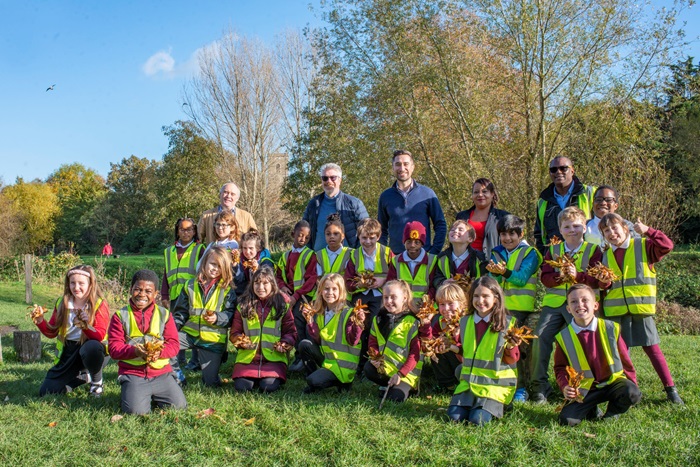 “It is a huge achievement for Lewisham to be independently assessed as having the best parks in London in this year’s Good Parks for London report.

“As an inner-city London borough, we are very proud that our brilliant parks and green spaces here in Lewisham have been rated as Outstanding based on a rigorous set of criteria. I want to thank our fantastic and dedicated Parks and Green Spaces staff team together with our partners at Glendale.

“None of this is possible without our amazing community volunteers and Parks’ Friends user groups. We truly appreciate everything they do to make Lewisham’s parks and green spaces so special.”

“We are thrilled that our parks have scored as the best in London. On top of recently winning our highest-ever number of Green Flag awards, it is really fantastic news for Lewisham.

“Our parks and nature reserves are a key part of Lewisham Biodiversity Partnership’s new action plan, which the Council recently endorsed as part of our work to create a greener Lewisham for residents and wildlife. Our wonderful parks and green spaces have brought much needed happiness and sanctuary to our residents during the very challenging times of the pandemic.”

"We are extremely proud that the London Borough of Lewisham has topped the table as the top performing borough in the Good Parks for London Report 2021.

“This is an accolade that demonstrates the commitment to Lewisham Parks and Open Spaces by numerous groups of people from Lewisham Council, Glendale, the various parks friends groups and other volunteers who contribute in many ways to us achieving this recognition.

“We would like to thank Tony Leach and Parks for London for their ongoing support in delivering this scheme. The report helps us improve performance by providing targets with the aim of striving to improve our parks and open spaces further each year for the benefit of all Lewisham residents and park users."

Find out more about Lewisham’s parks and open spaces and nature reserves.