At the end of another exceptionally difficult year, teenagers in Lewisham are celebrating results that will see them head off to top universities, prestigious apprenticeships and vocational training.

This year grades are calculated by teacher assessments based on a combination of coursework and exams and following strict guidelines. 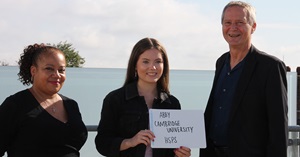 There have been individual success stories across schools and colleges in the borough.

Sydenham and Forest Hill sixth form (SFH6) student Abby, 18, achieved A*A*A* and will be heading off to Cambridge to study Human, Social and Political Sciences.

Abby said: “Roll on October! I can’t wait to start. Two other ex SFH6 students are currently at Cambridge on the same course, and I have already been in touch with them!”

Seven SFH6 students have been accepted to Oxford or Cambridge this year and will be starting in September.

Louis, who studied for his GCSEs at Prendergast Vale before attending SFH6, studied Computer Science, Maths and Spanish and has been accepted on an Apprenticeship to become a Data Analyst at Bloomberg. 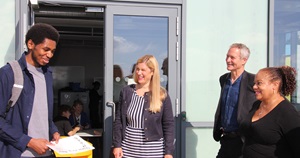 Fellow student Toby was also excited to be starting a Chef Apprenticeship at Westminster College in September, and is going to start with some work experience over the rest of the summer holidays.

Rebecca achieved A*A A and is excited to be going to the University of Sussex with a few SFH6 friends. She said: “To be honest the results were what I was expecting, but I am still very happy, and looking forward to getting off to uni!”

SFH6 even have a future space scientist in their alumni, with Felix off to study Aerospace Systems at Glasgow after achieving an A in Physics, B in Product Design and Maths, and C in Chemistry. Felix said: “It’s too hot here in London, I’m off to the north! I didn’t get much sleep last night but I can now relax and get excited about starting in September”

“Congratulations to everyone receiving their results today. Lewisham’s young people have worked so hard for these results in another incredibly challenging year and it’s fantastic that they’ll be off to a flying start as they move on to further education, an apprenticeship, university or a job. I’d also like to pay tribute to the dedication of teachers and staff in our schools in supporting our students to achieve their best and putting them on the road to success.”

“Congratulations to all the students who have worked hard for their success and done so well. We are determined that everyone who joins our sixth form achieves results they can be proud of and is able to realise their ambitions. We are delighted too for their families who play an important part in their success.”

At Btec and Ctec, Ruth and Michael achieved 3 Distinction* grades. Aliyah received Dist*, Dist* and an A grade and Riza, Ayeisha, Lathusa and Nicola were awarded Dist*, Dist*, Dist.

There’s lots of ways for students to get support and advice if needed over the next few weeks. Students should initially speak to their schools or colleges, or attend the post results event for initial advice this Thursday 12 August. Find out more about our post results event.