Joe Lee started his strategic partnership apprenticeship in 2010–2011, and is now the social value officer. 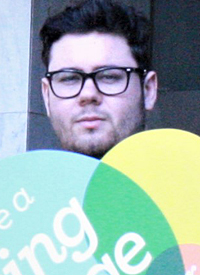 ‘I did my apprenticeship with the strategy team for the previous Mayor, Sir Steve Bullock. I had the chance to work on some amazing projects and learnt a lot from a wide range of people. My day-to-day work included policy research, team admin, as well as creating PowerPoints for the team.

‘I didn’t fancy going to University to study something I wasn’t fully committed to. I thought an apprenticeship would be the right thing for me while I thought about my future – and being paid while studying was also a benefit. I definitely do not regret it. Even though some people still like to undersell being an apprentice, I think it can be the right path for the right person.

‘My eight years at the Council have seen me working in a project support role for the planning department on the Better Placed Programme – a partnership with Lambeth and Southwark Council and developers, as part of the Local Labour and Business Scheme team.

‘I am now the social value officer for Lewisham. Since starting this role in January 2017, I have helped develop a more robust social value policy, and the Lewisham Deal (a partnership of public sector employers across housing, health and education, which work together to provide more apprenticeships, promote the living wage and create opportunities for local businesses to trade).

‘For anyone considering an apprenticeship, I would say do it – it is as valuable a start to your career as any degree. You might even realise a career in local government can be fun!’