Euon Brown started his information management and technology apprenticeship in 2010–2011, and is now the Support for Families programme manager. 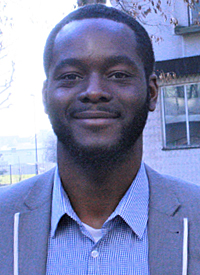 ‘My Lewisham Council apprenticeship was an amazing experience, with highs and lows. The college element, unfortunately, began on a negative, as I was told that my GCSEs had “expired”, and I would have to retake subjects to prove I was competent in certain areas. I found this very frustrating. My manager said I had two choices – I could continue as I was and risk being kicked off the apprenticeship, or I could use it as a catalyst to drive forward. I swiftly chose the second option, and completed my apprenticeship two months early.

‘At first, work life was slow. I started with e-learning and using Google to research things. I now believe this was clever preparation from my manager. I was thrown in head first and quickly became involved in tasks and projects where I was an integral part of the team. This made me feel valued. My manager told me that an apprentice was simply a label and I was always seen as more than this, which gave me a great confidence boost. Towards the end of my apprenticeship, I was offered a six-month temporary contract in HR.’

Since then, I’ve worked as a learning and performance officer, a data analyst, and a principal policy and projects officer. I am now the Support for Families programme manager for the government’s Troubled Families Programme, and I am thoroughly enjoying my time working for Lewisham.

‘For anyone considering an apprenticeship, I would advise you to apply. It offers ongoing and personalised support, develops your skills and improves your chances of employability.’